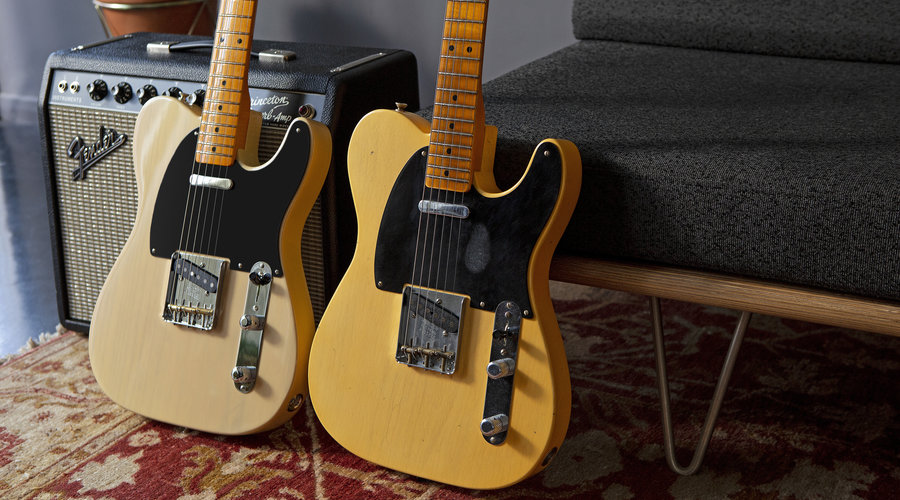 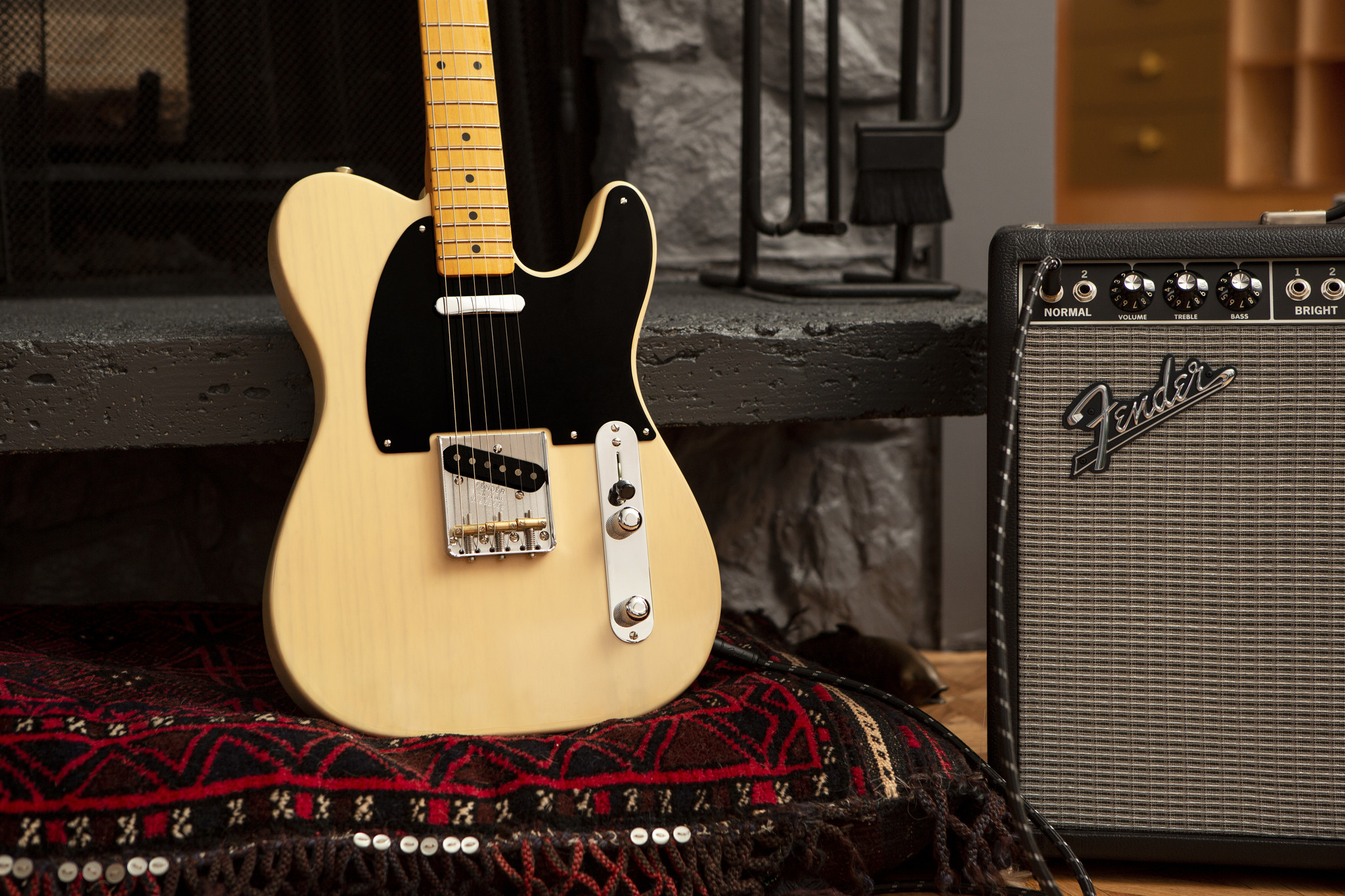 Soon after, Fender redesigned the Esquire with a truss rod in the neck and a two pick up configuration. They also changed the wiring to allow for a blending feature. This new version of the guitar was known as the Broadcaster. However, less then a year after it was introduced, Gretsch served Fender with an order to stop using the name since they had a drum kit already bearing the same name. So, the way that Fender complied was to take the Broadcaster name off of the headstock and continue selling the guitar with no name. It came to know as the Nocaster. This went on for a number of years before Fender re-branded the guitar as the Telecaster.

So, 70 years later and largely due to the fact that Fender now owns Gretsch, Fender decided to pay tribute to their short lived Broadcaster by creating a beautiful re-issue version of it. Features of this guitar include its Ash Body which is relatively light but not overly. It has a period correct black phenolic pickguard. The neck is a U shape and would be considered more chunky then a modern Fender but still very comfortable. The neck is fully lacquered with nitro so it has that classic sticky feeling. It comes standard with a typical modern day Tele wiring but they provide you with a capacitor if decide that you would like to rewire it back to its original specs. That said, most people way prefer the modern Tele sound compared to the old version but hey .. to each their own :) The handwired pick ups are said to be incredibly close to the originals in design and sound. Other nice touches are the translucent blonde finish, the vintage hardware and the very small touch of all flat head screws (vintage correct). 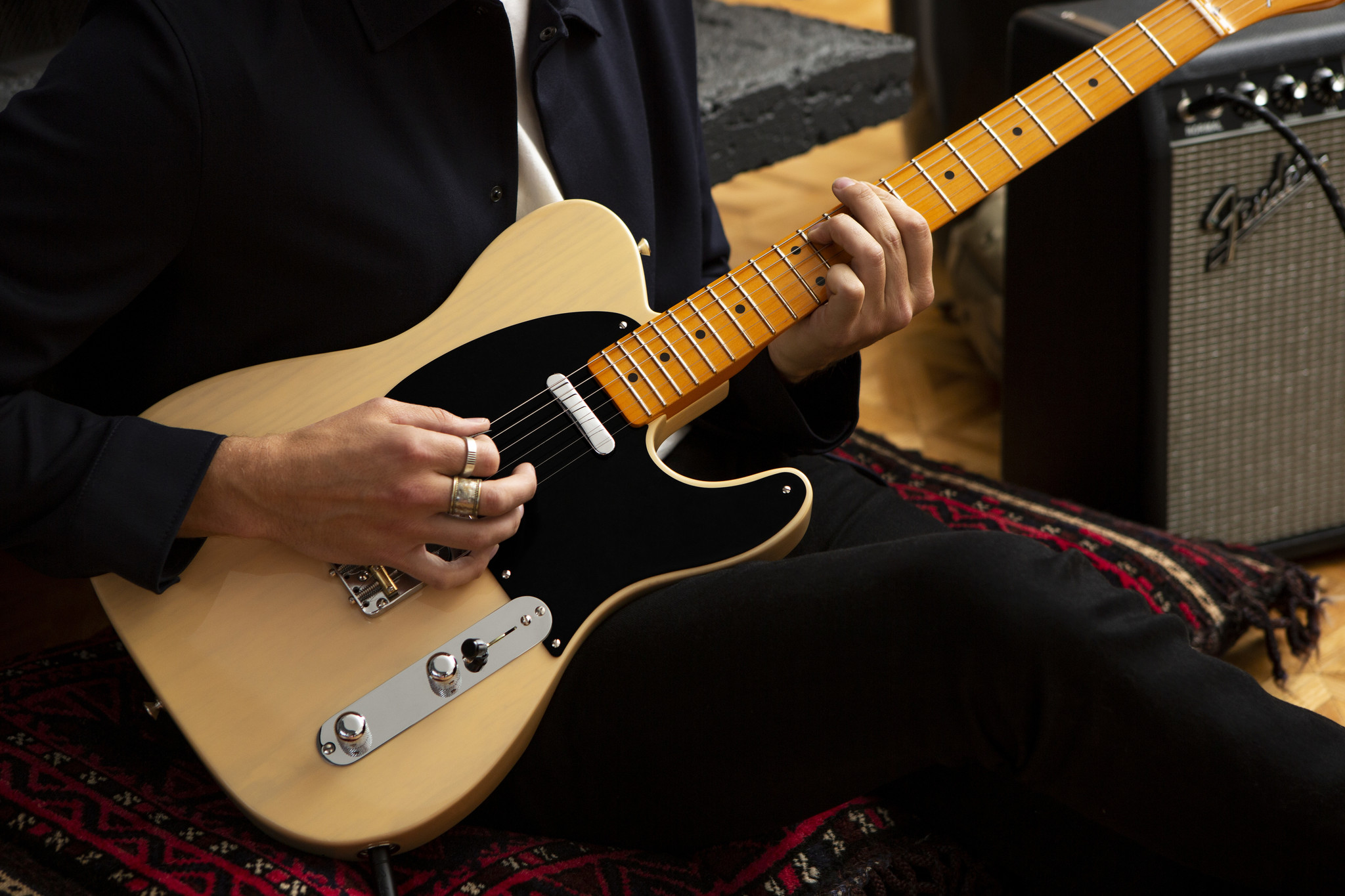 The guitar comes with a special anniversary neck plate, embroidered case and a custom COA. All in all, this is one fantastic looking and sounding guitar with some very very cool heritage behind it. At only a few hundred dollars more then a standard American Original Telecaster, it is well worth for anyone who likes the history, sound and feel of the guitar. It would definitely hold its value a bit better then a usual production model.

We definitely like it ... Shop it online here or drop in to see it in the store