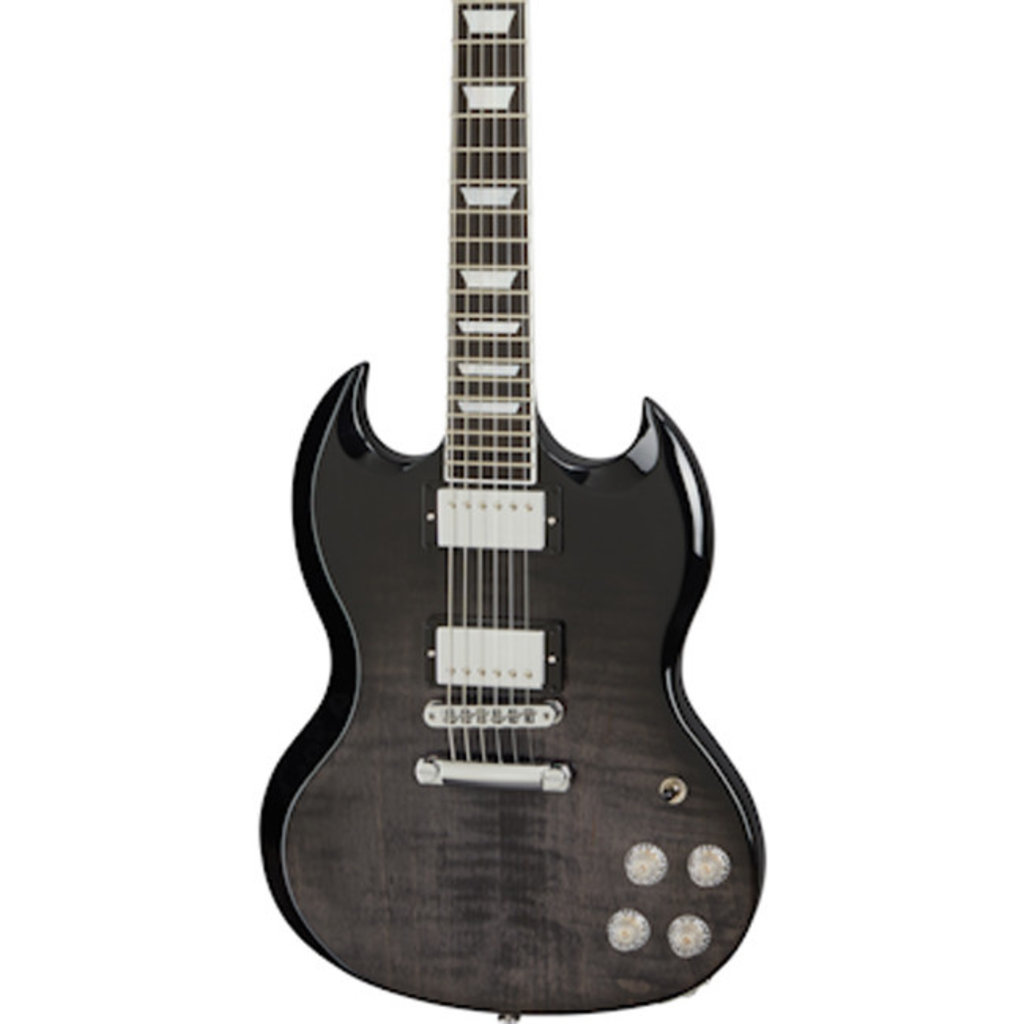 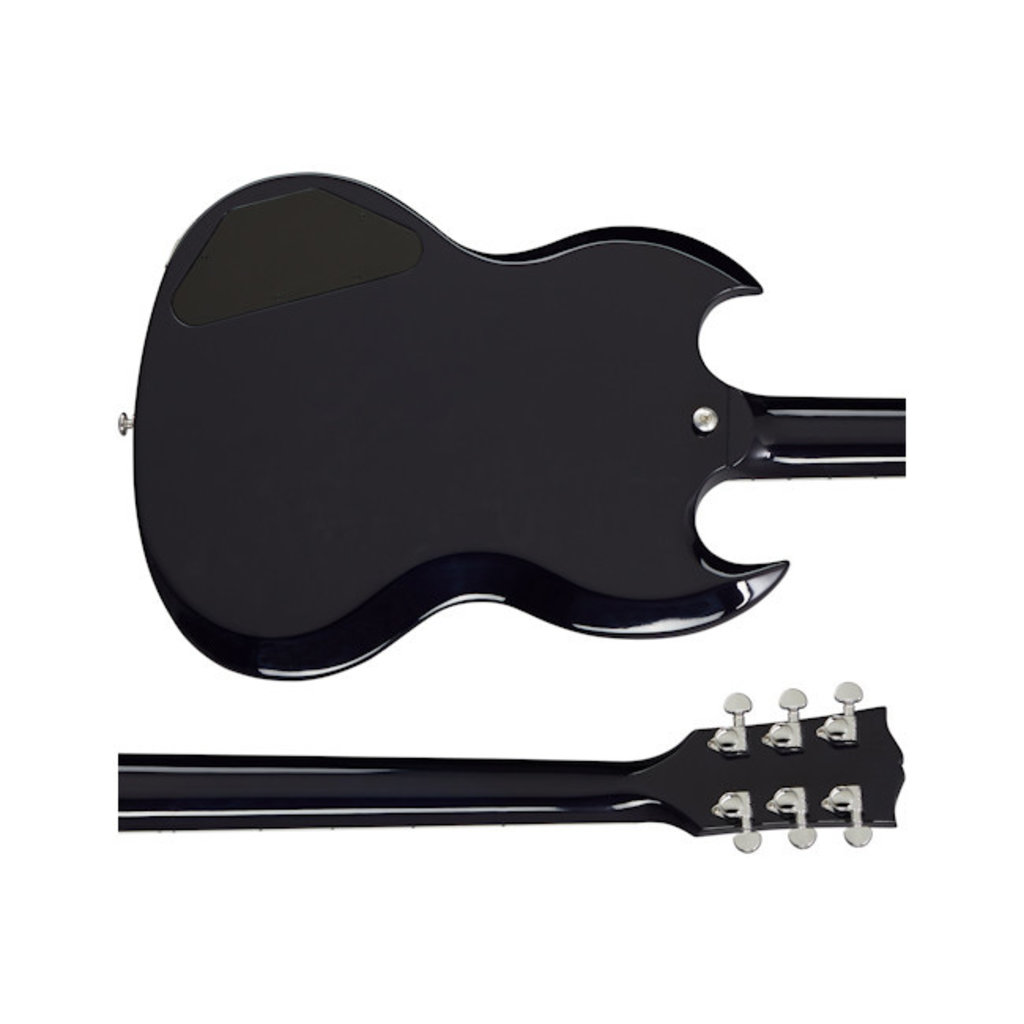 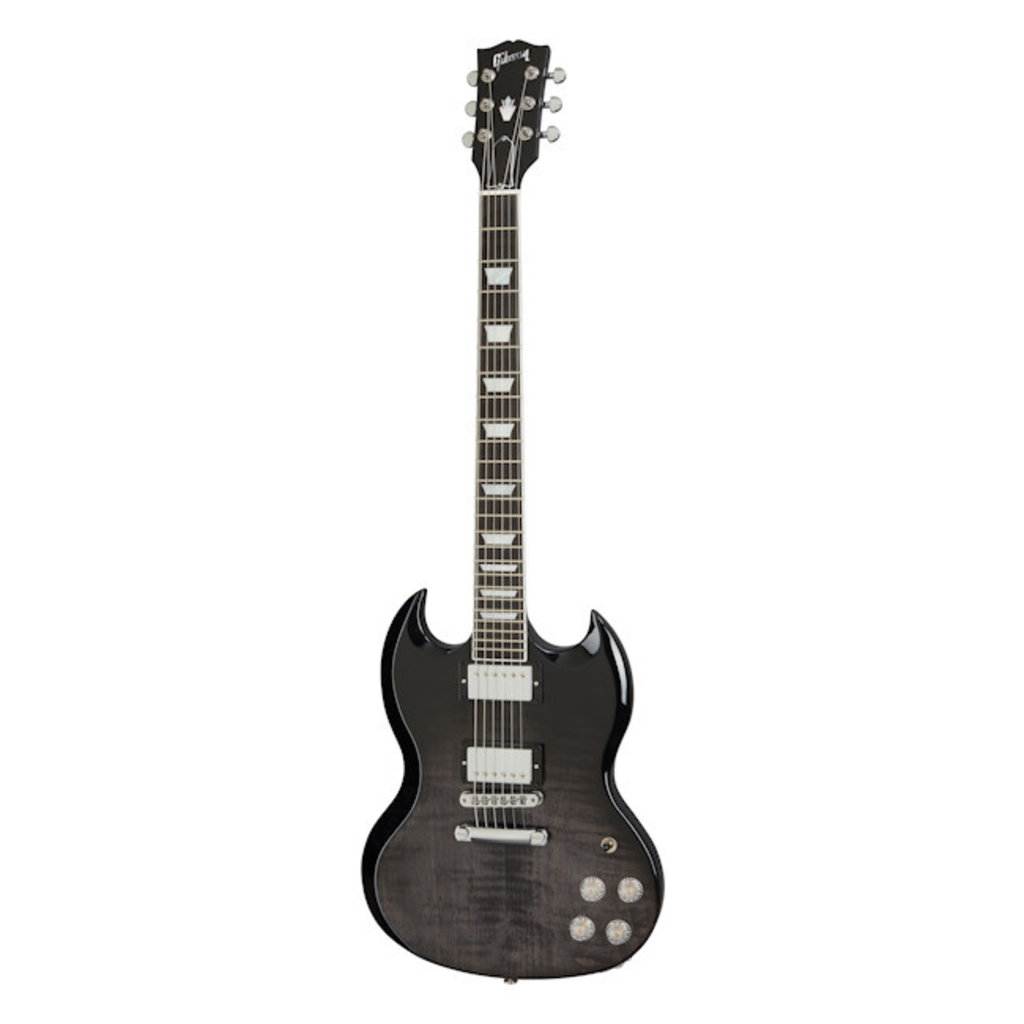 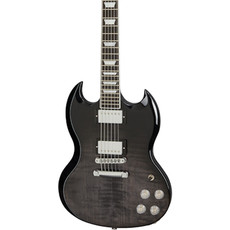 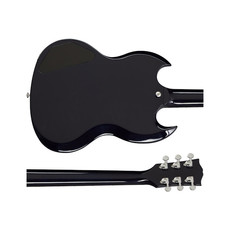 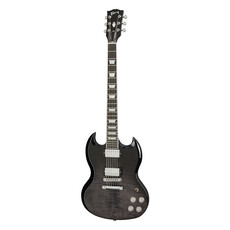 The newly refreshed Gibson SG Modern incorporates many contemporary updates that players have embraced and it’s much more than a classic “solid guitar”; it’s a hybrid between an SG and a Les Paul. Shaped and scarfed like a classic SG, the body is crafted with a AA maple top and mahogany back, characteristic of a Les Paul. This combination is renowned for its resonance and sustain. The genuine ebony, 24 fret compound radius fingerboard and asymmetrical, slim taper neck allow fast and silky access to the highest frets. A pair of calibrated BurstBucker Pro Alnico V humbuckers deliver fire power and the push-pull controls allows you to switch between the Gibson humbucker and the single coil P90 sounds, both of which have defined so many genres of music across multiple generations since we invented them. Upscale appointments include genuine mother of pearl inlays, Grover Rotomatic tuners, and clear top hat knobs.