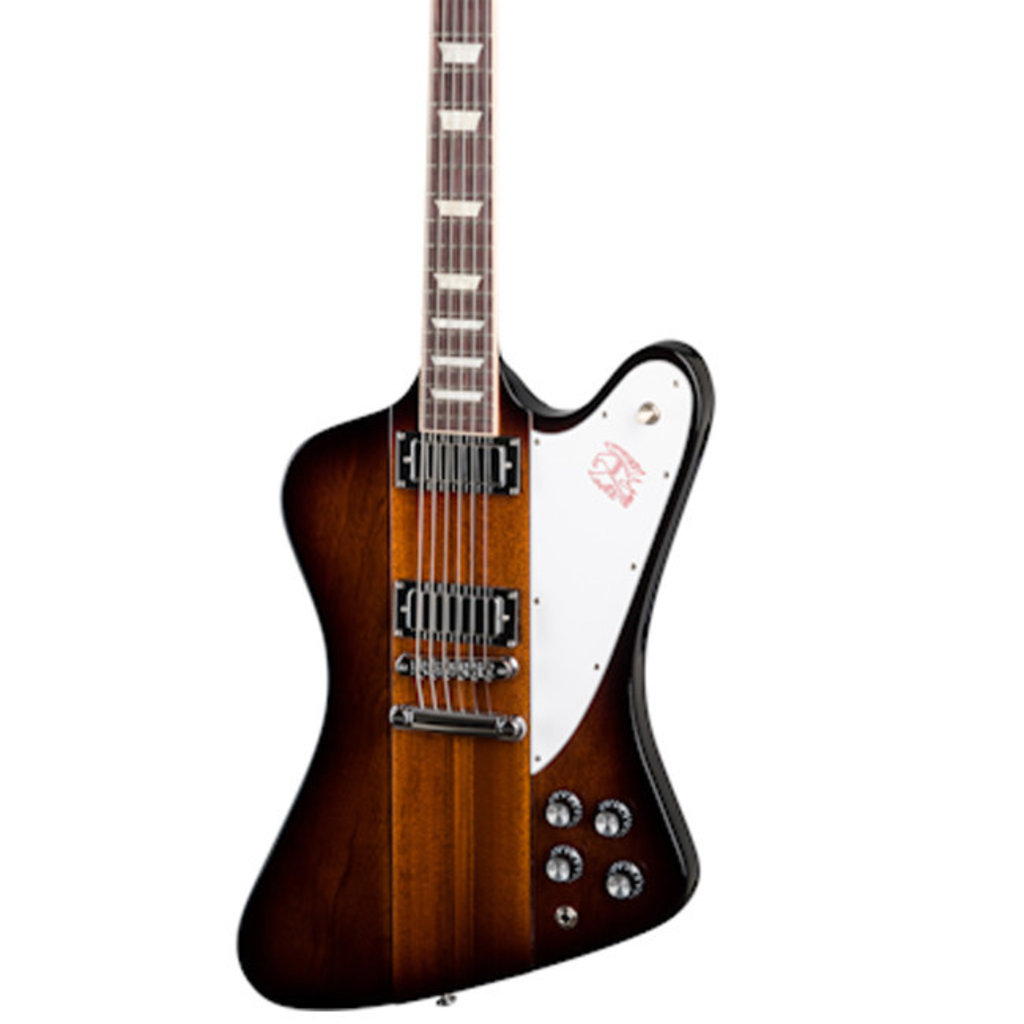 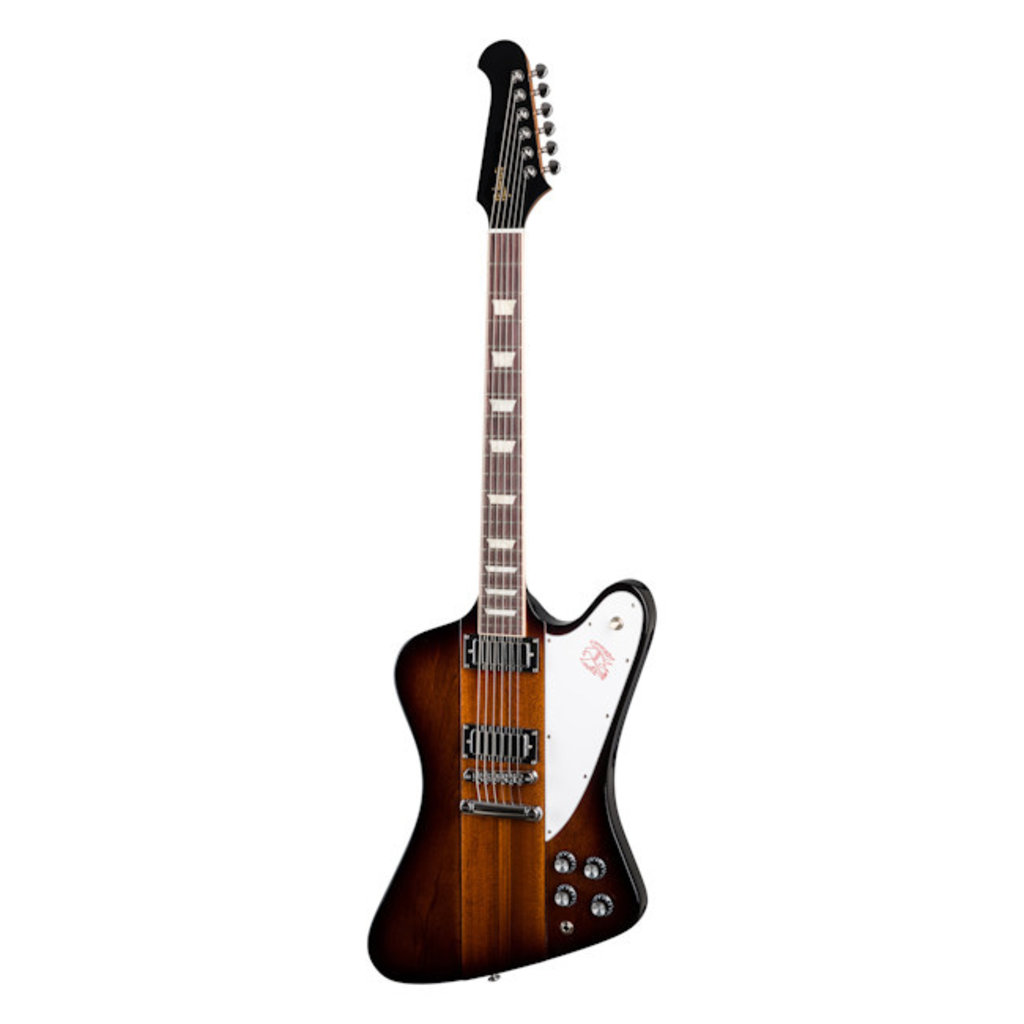 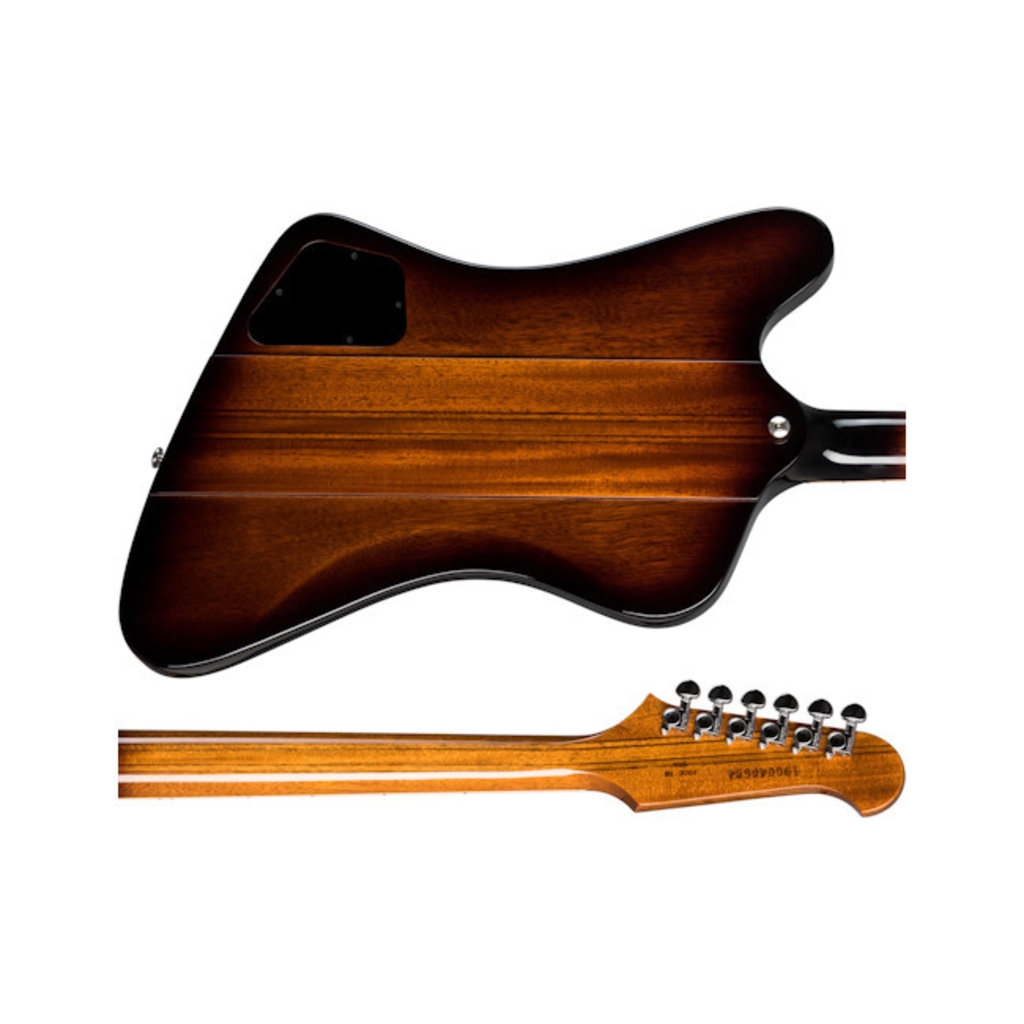 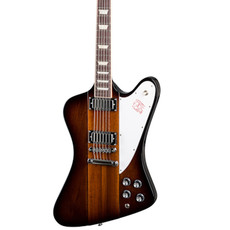 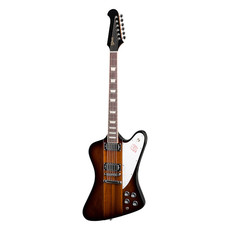 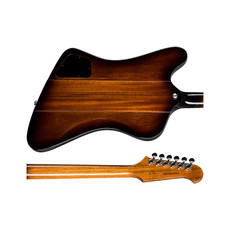 Conceived amid the chrome and tailfins of the Motor City, forged on the workbenches of Kalamazoo, proven on rock and blues stages around the globe, the Gibson Firebird was one of the most radical instruments the world had ever experience when it hit the scene in 1963, and it's still a guaranteed head-turner today. The Firebird was the brainchild of legendary automotive designer and visionary Ray Dietrich (designer of classic Lincoln and Packard cars), enlisted by Gibson to bolster the guitar lines of the early '60s and help solidify the company's eminent rank among solidbody electric guitar manufacturers.

Dietrich's unconventional design was based loosely on both the legendary automobile tailfins of the 1950s, with a touch of the radical look of the Gibson Explorer, introduced five years earlier. Built precisely in the image of this icon, the Gibson USA Firebird V 2010, with its classic "reverse-body" styling and reverse six-in-line "hawk's head" headstock, strikes a pose that remains as truly unique today as it was nearly five decades ago. It retains the visionary "through-body" neck design that increases sustain and resonance, while upgrading the instrument's power with a pair of ceramic-magnet mini-humbucking pickups that look identical to the originals.

With its nitrocellulose finish in three eye-catching colorsVintage Sunburst, Ebony Black, or Classic Whiteand traditional appointments such as the pearloid trapezoid fingerboard inlays, beveled headstock with black central section, and Firebird pickguard motif, today's Firebird V is visually indistinguishable from its predecessor of the early '60s, but it roars like no 'Bird before it.

Considered just too far ahead of its time back in the day, the "reverse-body" Firebird was deleted for a somewhat more traditionally shaped "non-reverse" Firebird in 1965, and remains a rare bird indeed, but the Gibson USA Firebird V brings that radical look and sound back to the hands of hardworking guitarists everywhere.