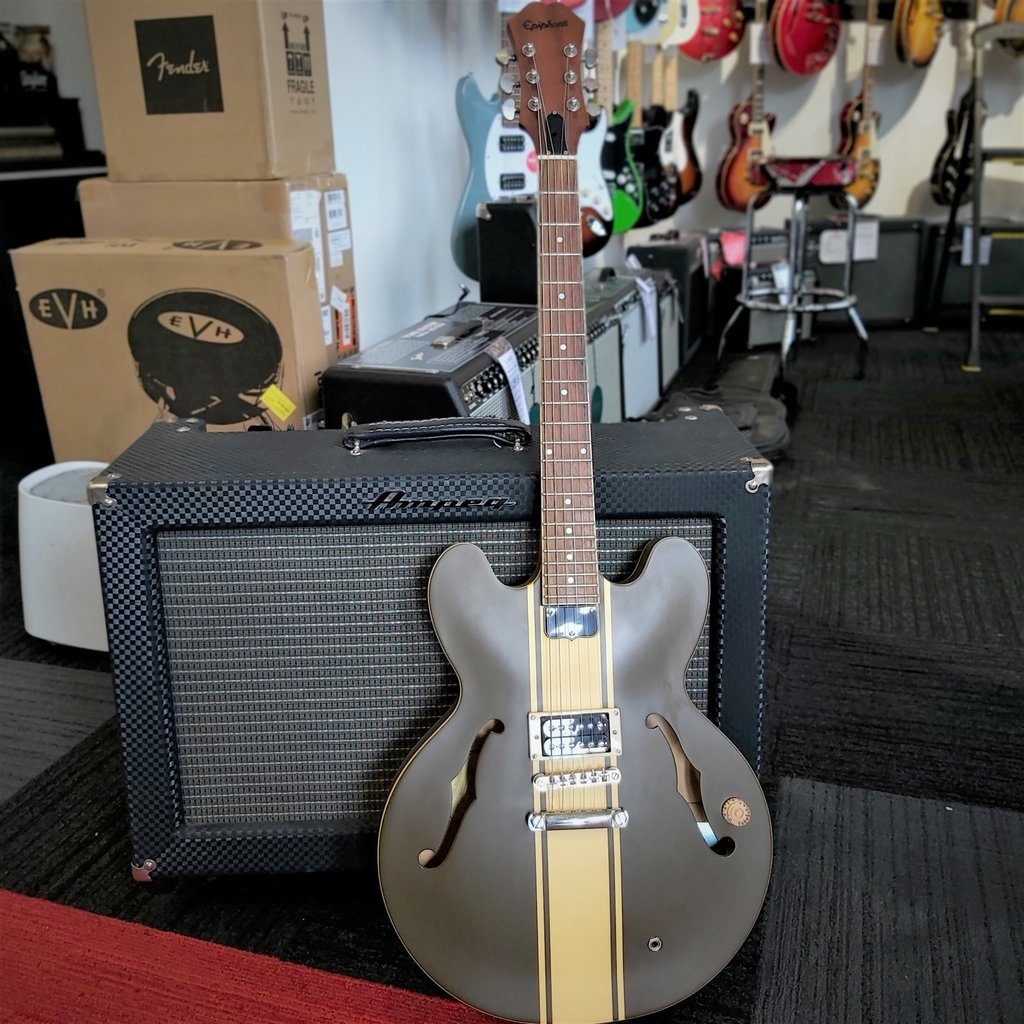 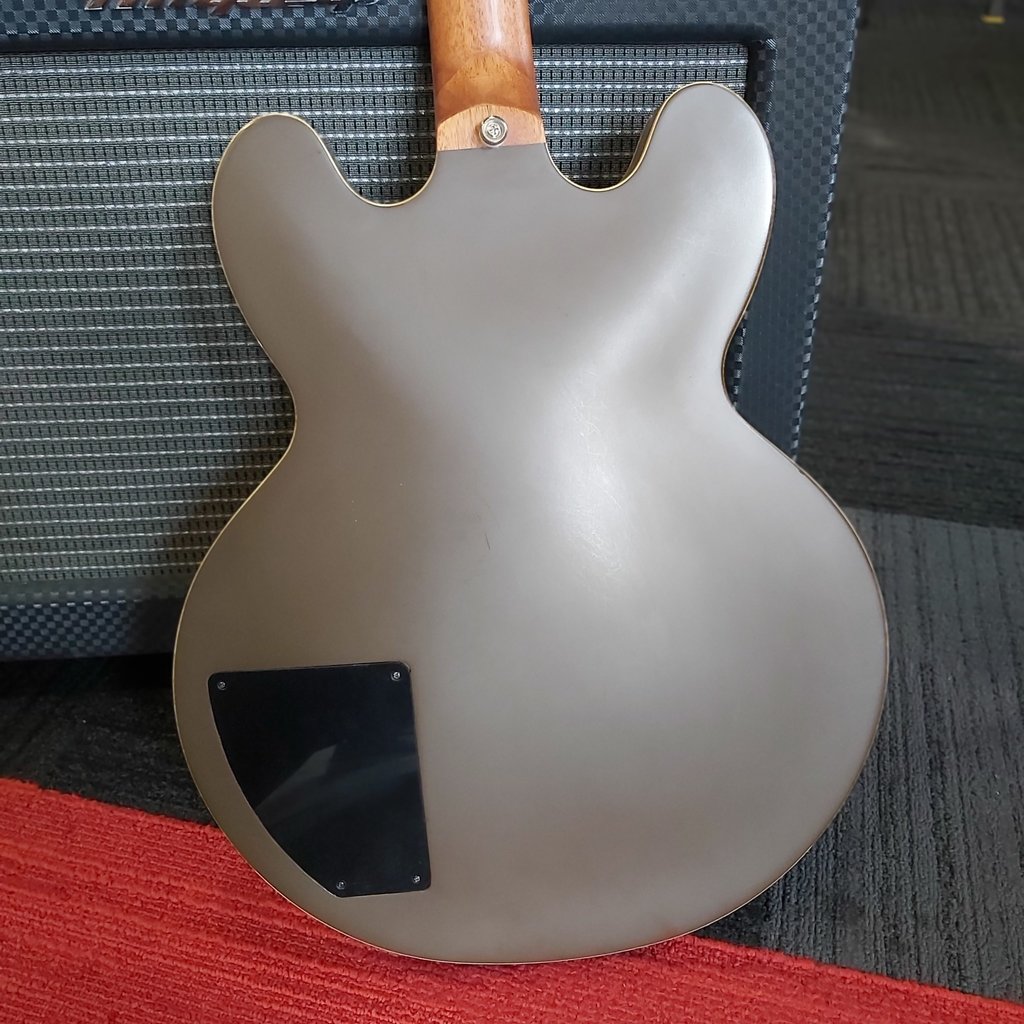 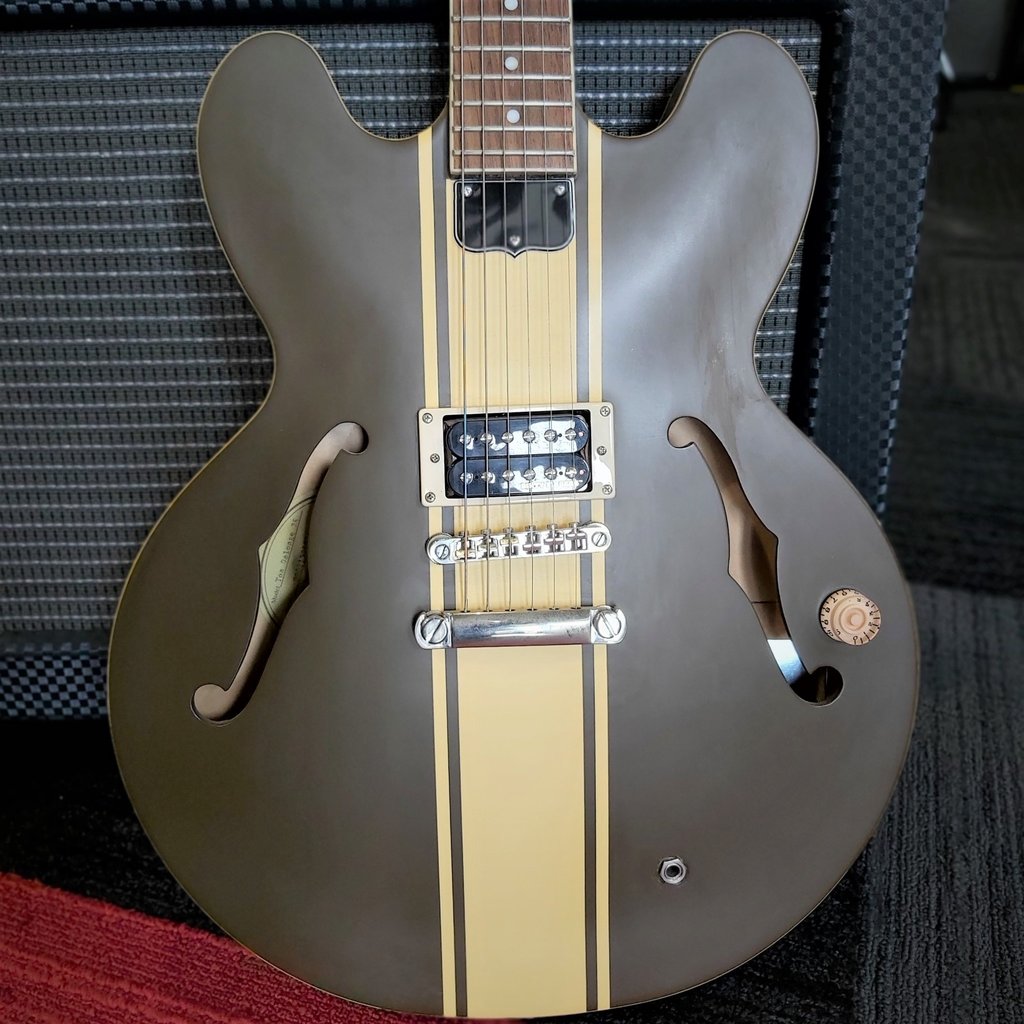 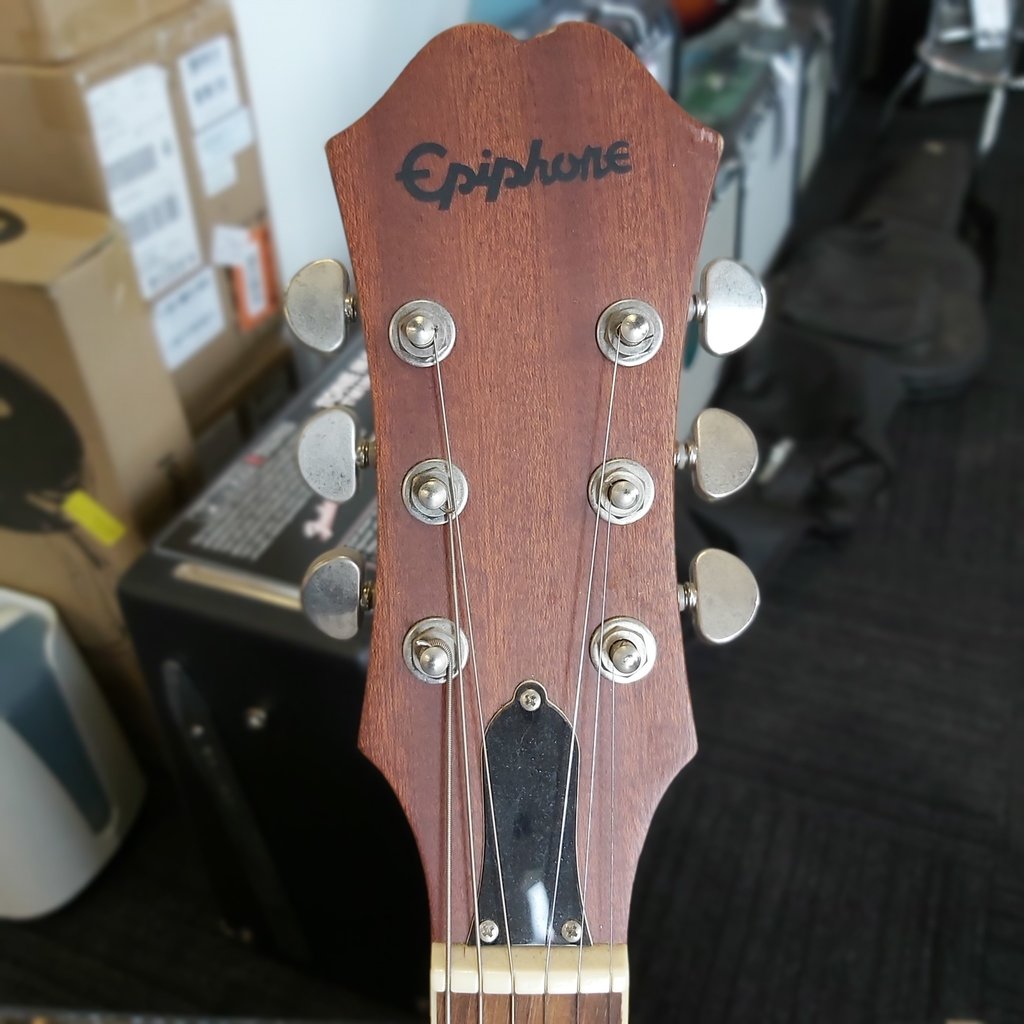 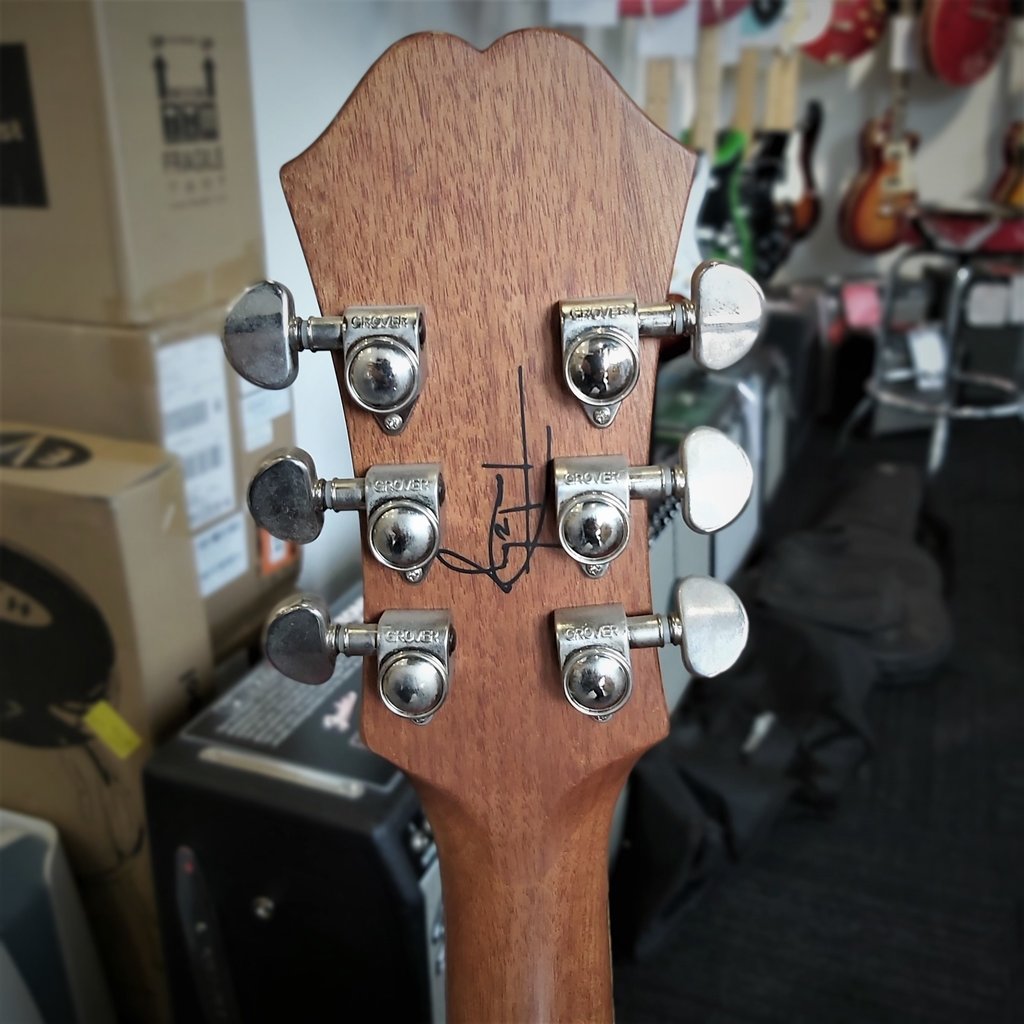 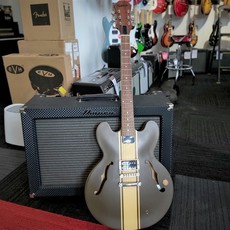 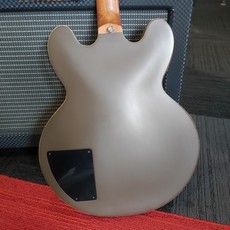 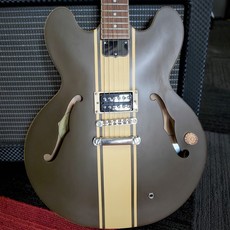 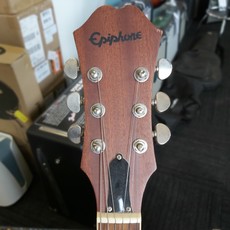 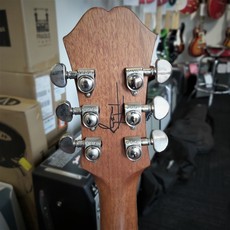 C$1,049.00
This item is on consignment in our store. It does NOT qualify for FREE Shipping. If you would like to have this itme shipped to you, simply contact us for a shipping quote. All consignment items are Final Sale and are not eligible for any returns or credi
In stock
Fast Shipping Most orders ship next business day
Free in-store pickup Most orders will be ready the same day

Powerful Looks, Powerful Sound! Aside from the head-turning color-scheme, the real horsepower is under the hood and powered by one Humbucker pick-up. But it’s not just any solitary Humbucker mind you! As Tom Delonge prefers for himself, this semi-hollowbody has one super-HOT Gibson USA Dirtyfingers Humbucker pickup right there at the bridge for sound that’s guaranteed to cut through. Described as the critical union between power and dirt, Tom chose this pickup because “It’s awesome. It sounds so good. It has so much more clarity and volume and a much wider sound… I instantly fell in love with it.” Turn it down with the lone volume knob and turn your amp up for a clean, vintage tone, with a hearty breath of smoke. Turn both the guitar and your amp up and smoke the neighbors with Tom’s signature tone!

TOM DELONGE
Tom Delonge is an American musician, singer, songwriter, author, record producer, actor, and filmmaker. He was the co-lead vocalist, guitarist, and co-founder of the rock band Blink-182 from it’s formation in 1992 until his dismissal from the group in 2015. According to Alternative Press magazine, Blink-182 is considered a key group in the development of pop punk. The trio has sold over thirteen million albums in the United States, and over 50 million albums worldwide.

ABOUT EPIPHONE:
Epiphone is one of American’s oldest and most revered instrument makers. Since 1873, Epiphone has made instruments for every style of popular music and celebrated its 140th anniversary in 2013. The story of Epiphone begins in the mountains of Greece and threads its way to Turkey, across the Atlantic to the immigrant gateway of Ellis Island, and into the nightclubs, recording studios, and coast-to-coast radio broadcasts of Manhattan in the 1920s and 30s. www.epiphone.com 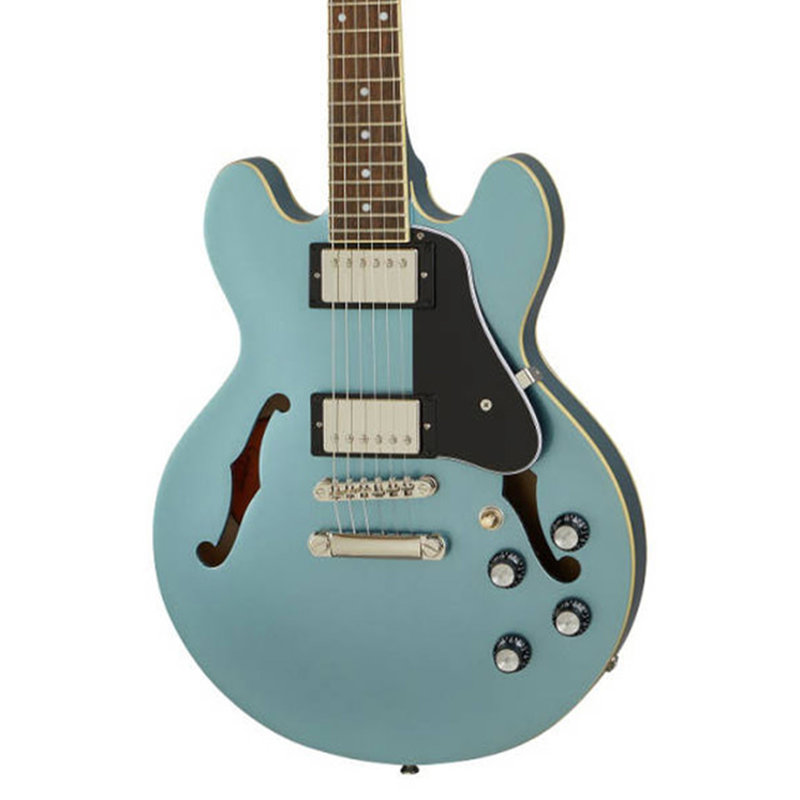 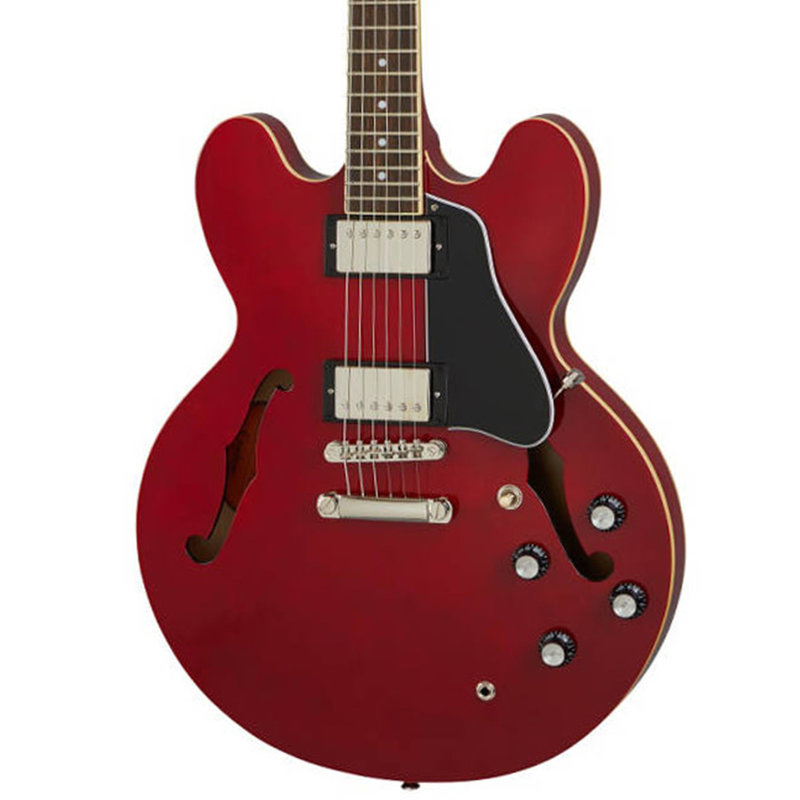 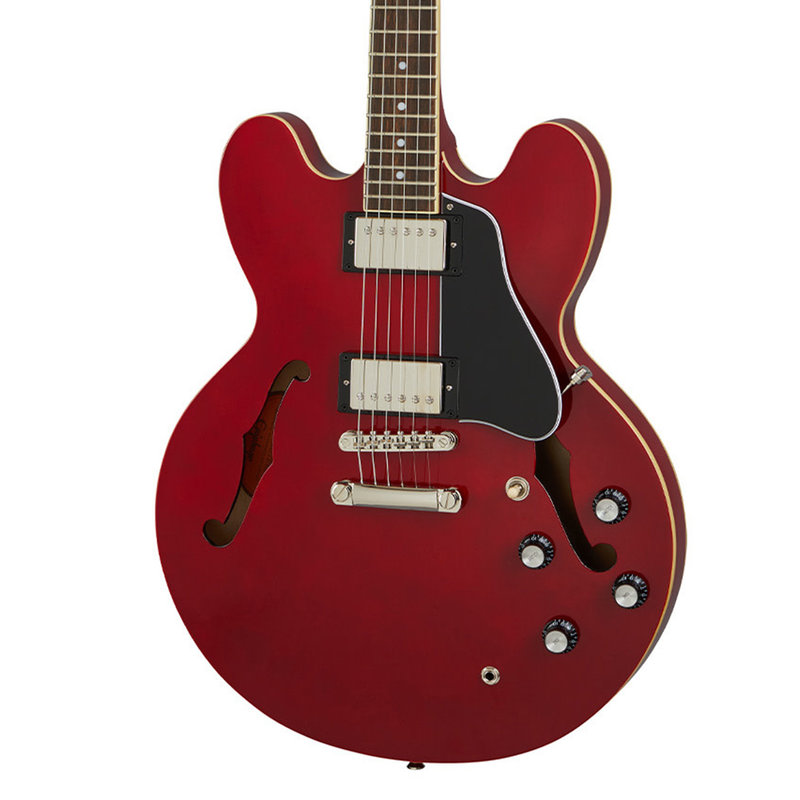