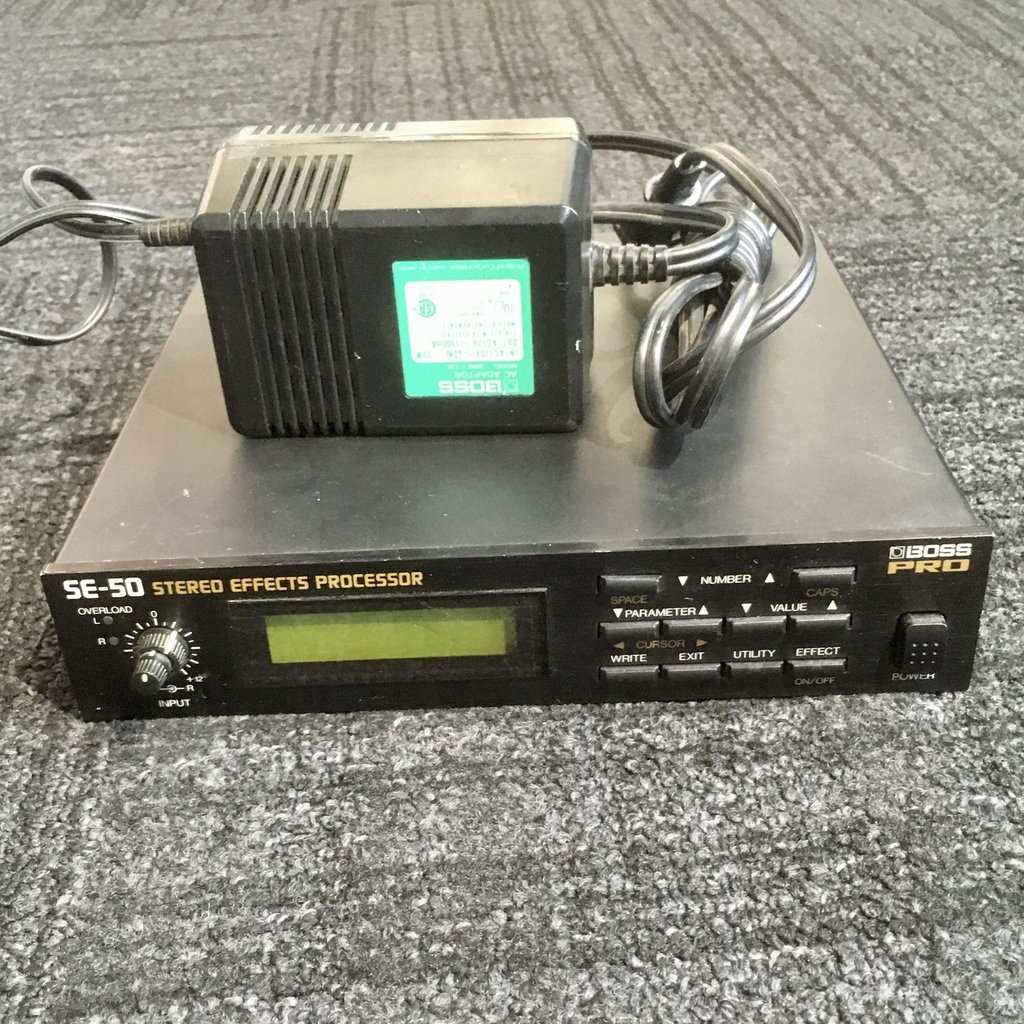 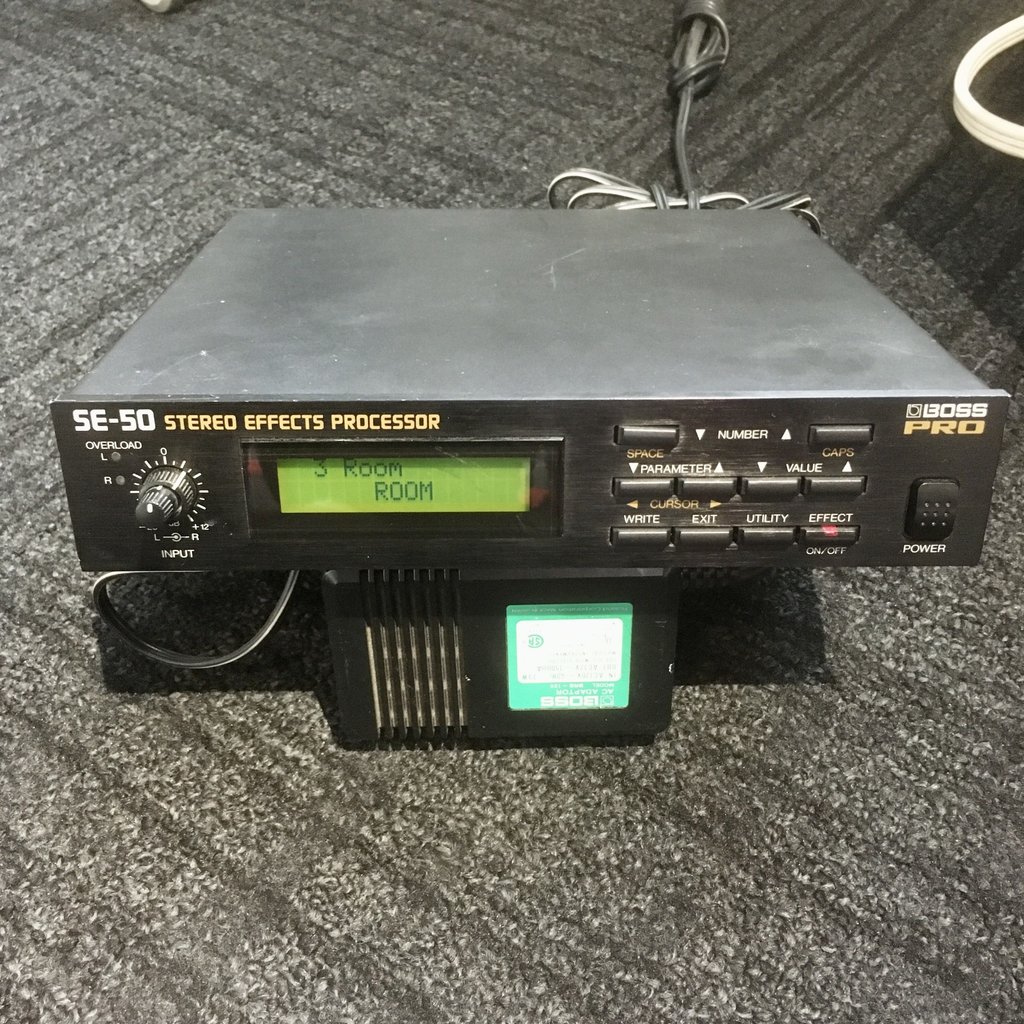 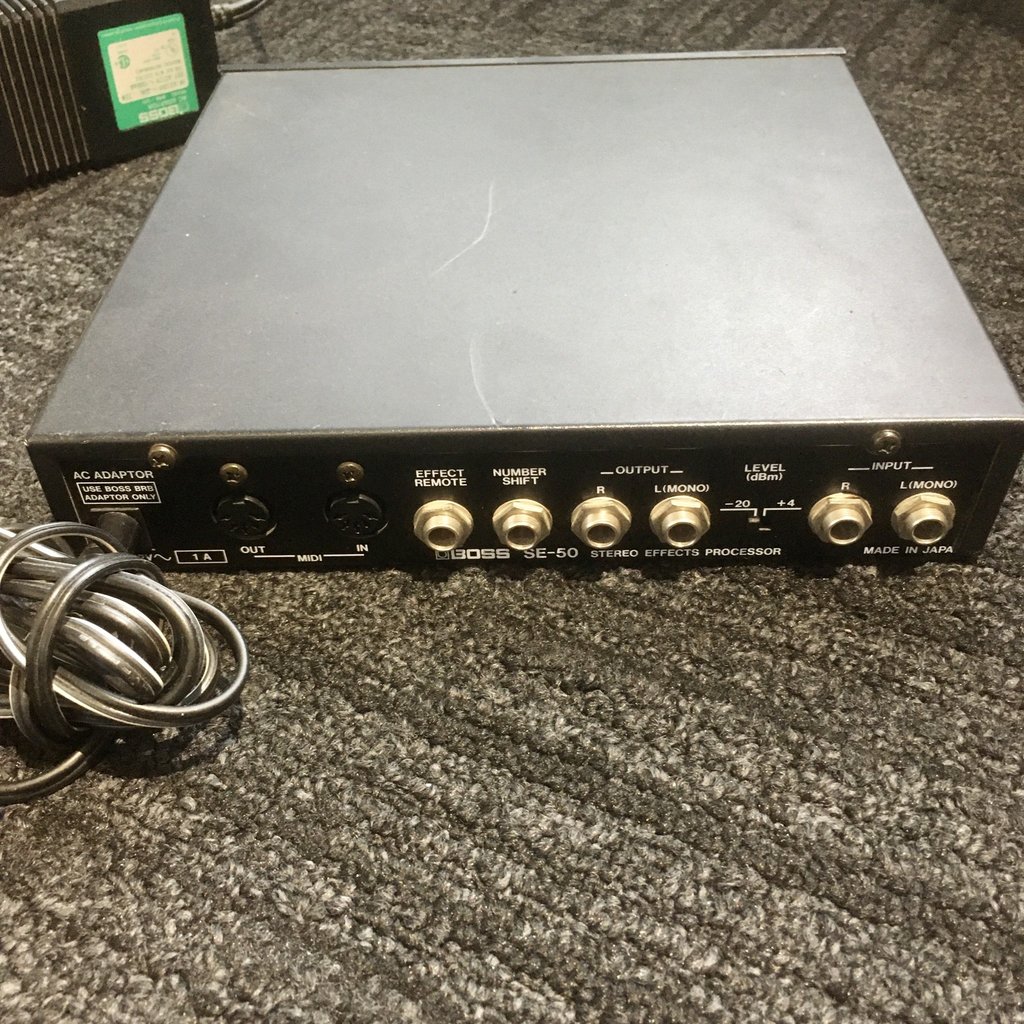 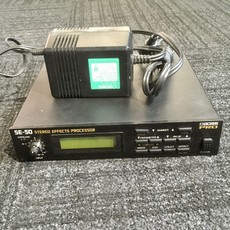 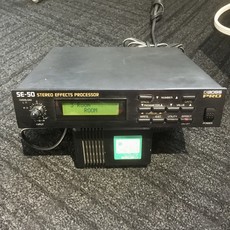 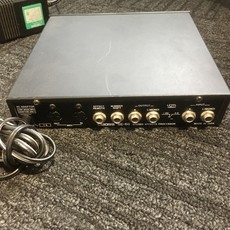 C$229.99
This item is on consignment in our store. It does NOT qualify for FREE Shipping. If you would like to have this item shipped, simply contact us for a shipping quote. All consignment items are Final Sale and are not eligible for any returns or credits.
In stock
Fast Shipping Most orders ship next business day
Free in-store pickup Most orders will be ready the same day

The SE-50 is a multi effects unit. It was released 1990 and was in production until the SE-70 was released 1993. The unit is equippped with a 16 bit DA/AD converter and uses a sampling frequency of 32kHz or 48kHz depending upon the chosen effect. The SE-50 has both stereo in and out, is fully MIDI compatible and its 100 user presets can be stored externally using the MIDI interface.

The SE-50 has 28 built-in algorithms. An algorithm is a predefined combination of effects. Several of the 28 algorithms are single effect algorithms so thought it may sound like the SE-50 can combine effects in many ways, this isn’t absolutely true. Guitar players may be interested to know that the only algorithm capable of producing distortion is Guitar Multi and the only settings for the overdrive/distortion is level/drive and turbo on/off. The unit is very much focused on reverb where 9 of the 28 algorithms are reverb only algorithms.